The client is the largest car import/export service provider in the Port of Melbourne, moving motor vehicles and other Roll-On, Roll-Off plant and equipment between ship and wharf. With ~93 per cent of Australia’s motor vehicles exported and ~33 per cent of vehicles imported through Melbourne port, time really equates to money, with efficiencies (vehicle on and off loading operations) and quality (no damage) paramount to the clients operations.

Historically, improvements at this site were mainly driven through a cost cutting- quick-win solution focus; however low shift productivity performance had proven to be a chronic problem that was difficult to address. Working shift productivity had never met budget or been consistent with the benchmarks at other sites. With labour accounting for approx. 70% of operational costs, this issue was significantly affecting the site profitability. Recent downsizing and relocation of the operations site had further increased the pressure and urgency to improve, with several recent attempts to change the situation not making any significant inroads.

Key staff from the site participated in Gestaltix Lean-Six Sigma; learn-do tuition in process improvement tools, targeted at building the process improvement capability of the internal teams. By focusing on the ship-to-wharf work process, impediments that were slowing the working teams were identified, and solutions were tested to “work smarter, not harder”. Within 4 months of starting the project, a 59% improvement from historical productivity levels was realised and sustained. Further embedding the improvements achieved, the working team used the Improvement 123 Increase Velocity approach to maintain strong ownership of the performance every day. Even more importantly, there is now a strong belief in the team that there is “more to come”.

“Following implementation of the project solutions, the results for this first month are excellent! The EBIT contribution has more than doubled, increased by 137% over historical levels. The site has reported a profit for the month of $20,000 versus a budgeted loss of $60,000.” (Regional Finance Manager) 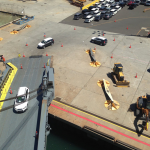 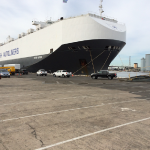 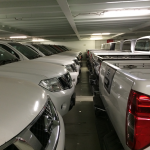